One Technology for Multiple Diseases 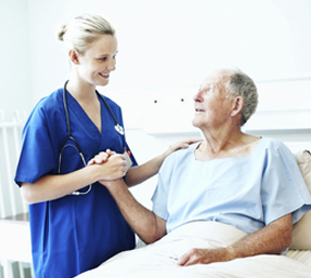 Every day the scientific community helps to shed light on the genetic underpinnings of many diseases, ranging from aggressive cancers to metabolic disorders. The existence of genetic targets opens up a whole new class of possible non-viral gene therapy treatments.

The versatility of AUM LifeTech’s next-generation RNA silencing and regulation technology allows us to target any disease indication as long as it has an RNA based genetic link. Self-delivering FANA-ASO technology can modulate mRNA, microRNA, or long non-coding RNA with high sequence specificity. We are interested in multiple therapeutic areas some of them are listed below.

Cancer
Cancer is a heterogeneous condition characterized by mutations in the normal genetic code. These mutations encourage the out of control growth and migration of dysfunctional cells, leading to significant morbidity and mortality in affected patients. Many cancers can be aggressive and chemotherapy resistant, as cells change the expression of certain pathways to avoid its effects. FANA-ASOs can be used to screen for new genetic targets in in vitro and in vivo cancer models, which then can transition smoothly to therapeutics to be used in the clinic. Cells that often do not take up RNA silencing technologies can be transfected successfully with FANA-ASOs. This opens the door for treatment in a variety of difficult to transfect cancers, such as many hematological malignancies.

Central Nervous System
The central nervous system comprises the brain and spinal cord, and its dysfunction gives rise to several deleterious conditions. One of the best known is Alzheimer’s Disease, characterized by a buildup of proteins in the brain that lead to progressive memory loss and dementia. Another is amyotrophic lateral sclerosis (ALS, or Lou Gehrig’s disease), which in some cases is caused by a mutation that results in peripheral nerve death and muscle wasting. Both of these conditions, along with many others, exhibit possible genetic targets in difficult to transfect cells (neurons). Overexpression of proteins and point mutations are both prime targets for the use of FANA-ASOs.

Metabolic and Cardiovascular Disorders
While the causes of diabetes and heart disease can be many, certain genetic mutations or alleles are known to encourage their development. FANA-ASOs can be used to modulate gene expression to close to normal levels, or silence the production of mutant proteins.

Kidney/Liver
The liver and kidney serve important roles in filtering toxins and waste products from your blood. Because of this, they often take up a significant portion of systemically administered therapeutics. Systemic delivery of FANA-ASOs offers the ability to modify gene expression in the kidney and liver effectively and safely, thus treating the many rare and common genetic diseases that affect them.

Inflammatory Conditions
Inappropriate inflammation can wreak havoc on various tissues in the body, leading to pain, swelling, and sometimes even malignancy. Inflammatory bowel disease and ulcerative colitis afflict the small and large intestine respectively, and result in chronic inflammation, pain, and an increased risk of colon cancer. The cell types that overproduce inflammatory proteins could potentially be targeted with RNA silencing therapeutics, thus sending the disease into remission. Likewise autoimmune conditions like rheumatoid arthritis and psoriasis that arise from the body’s immune system attacking its own proteins could be treated effectively with FANA-ASOs.

Infectious Diseases
Viruses, bacteria, and other types of pathogens can infect the human body and cause any number of illnesses. While their effects can be awful or difficult to treat, these pathogens rely on gene expression like our own cells do. Disruption of gene expression through RNA silencing is a potent and promising treatment for many viruses and bacteria. One in particular that AUM LifeTech is currently interested in is Human Immunodeficiency Virus (HIV), though our FANA-ASO technology is adaptable enough to develop both treatments and prophylactics against other viruses as well.

Orphan diseases
Orphan diseases are those that affect less than 200,000 individuals nationwide, but they can be devastating in their effects and often lack successful treatments. Diseases like Duchenne muscular dystrophy, cystic fibrosis, ALS, Progeria, and others fall into this category and are no less well-known for being rare. Many of these conditions are characterized by genetic mutations that could be targeted with FANA-ASO technology.